The Telluride Americana Music Series might be one of the lesser- known festivals in Telluride, but it’s actually one of the greats. In the Telluride summer, usually in July, singer-songwriters from around the country come together and showcase their original music, bringing with them the richness of past tradition, some of it fused with contemporary innovation. You might hear the ghost of Patsy Cline or be reminded of Bobbie Gentry or even recognize the words to a George Strait or Oklahoma Red Dirt Music song, like Cross Canadian Ragweed might have played. What you are experiencing is some of the talents that create the American music tradition that speaks to our hearts.

From folk rock to blues, from alternative country to rockabilly, the Telluride Americana Music Series gives a tip of the hat to a little bit of everything. It’s a chance for longstanding and upcoming musicians to meet each other, see, and be seen. It’s a coming together for the purpose of sharing and also for inspiration, and to pay tribute.

Single-day passes are available as well as full three-day passes. They are sold through the Sheridan Opera House and also through tellurideticket.com. A VIP option does exist, though it is hard to come by as not many are offered. VIP to Telluride Americana Music Series includes a four-day pass with admission into a private event before the other festivities kick off, usually an intimate concert given by a headliner. You might find a blues rocker like Lincoln Durham on stage, throwing down confessions of being a sinner while at the same time stroking his guitar and kicking a bass drum. You could see John Fullbright, whose album From the Ground Up was nominated for a Grammy. And you might be lucky enough to run into the lovely Tift Merrit. She’s got an angel’s voice and has been compared to the likes of Joni Mitchell and even Emmylou Harris.

The bottom line: The Telluride Americana Music Series is serious stuff. In the last six years, the festival has brought in the Trishas, The Greencards, Joe Ely, Sam Baker, Darden Smith, Jason Eady, Patty Larkin, Jimmy LaFave, Eric Bibb, and Ashleigh Flynn, as well as others.

And what’s cool about Telluride is that it’s a small town. With only about 2000 people living in the canyon and just one main street running east and west, you’re bound to run into some of these incredible musicians- maybe even get to have a conversation with some of them…..if you can recognize them. Chances are you’ll find some of them in the Steaming Bean getting coffee or walking down Colorado Avenue with a guitar in hand. Telluride Americana Music Series does make some recommendations for lodging with Hotel Madeline, The Hotel Telluride, The Peaks Hotel, and Telluride Lodging at the top of its suggestion list. The season is in full-swing, so travel plans should be made in advance 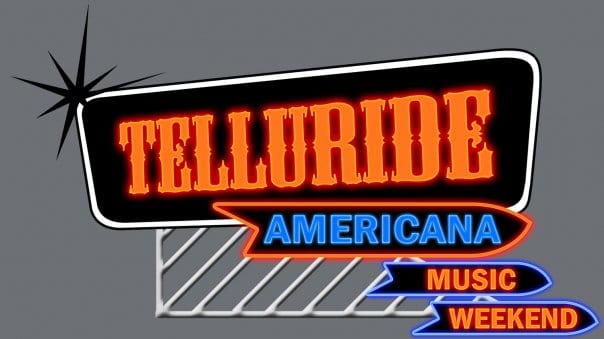