Victory to the mushroom!

The first time I experienced the Telluride Mushroom Festival was several years ago after I had first moved to town. I had then seen some event tents throughout Telluride in a few of the local parks, but I was not sure what exactly was happening. I found myself walking on the main street one afternoon that weekend when a parade was starting. I stayed to watch and was glad I did. Folks dressed in wild and elaborate costumes with banners and holding giant chanterelles and other mushrooms like Amanita muscaria as scepters swept the streets singing, “We LOVE mushrooms!” It was a celebration, all right, and I quickly figured out that Telluride honors the incredible mushroom in the prime of its season in the San Juan Mountains every year in August.

Wow, what an event!

The Telluride Mushroom Festival: It’s a gathering of like minds, or mycophiles, as they say. People from all over the country convene in August in Telluride, Colorado to celebrate fungus and its many amazing and positive qualities. Many local people and also tourists would say that Art Goodtimes is the guru of this gathering. He is a teacher, and a “fun guy”, but he is also considered “Mr. Fungi”. He organizes much of the festival, and many people look to him as a source of knowledge with mushrooms in general. Mr. Goodtimes is also an esteemed local poet and winner of awards, as well as one of the county commissioners in the Telluride area.

The web site for the Telluride Mushroom Festival might seem a little cosmic. Rest assured. There is as much academic knowledge as there is spiritual wisdom. And, you can bet that experts in the fields of health and science will be present. In the past, the festival has brought Dr. Andrew Weil, Ralph Metzner, Paul Stamets, Laura Huxley, many others, and this includes Telluride Sherriff Bill Masters.

Sponsored by the Telluride Foundation, you will find no shortage of things to do and learn at this festival. From cooking and foraging and identification to medicinal properties and cultivation, many aspects of this amazing plant in its many varieties will be explored. You can also find movies, dance, poetry readings, and even a yoga class at the Telluride Mushroom Festival. Some restaurants will even feature a special of the day with some sort of emphasis on the mushroom. The Mushroom Festival truly seeks to examine the relationships that the mushroom holds between other plants, animals, the earth, and the possibilities that exist for healing the planet and its populations.

And, a certification course has been implemented. One can now become certified in mycoremediation. With topics like land design, native fungi and biodiversity, yeast reactors, and mycoremediation and contaminated soil, the Telluride Mushroom Festival looks at real-world applications. The course is $300 and does have attendance requirements. A festival pass is required to participate. 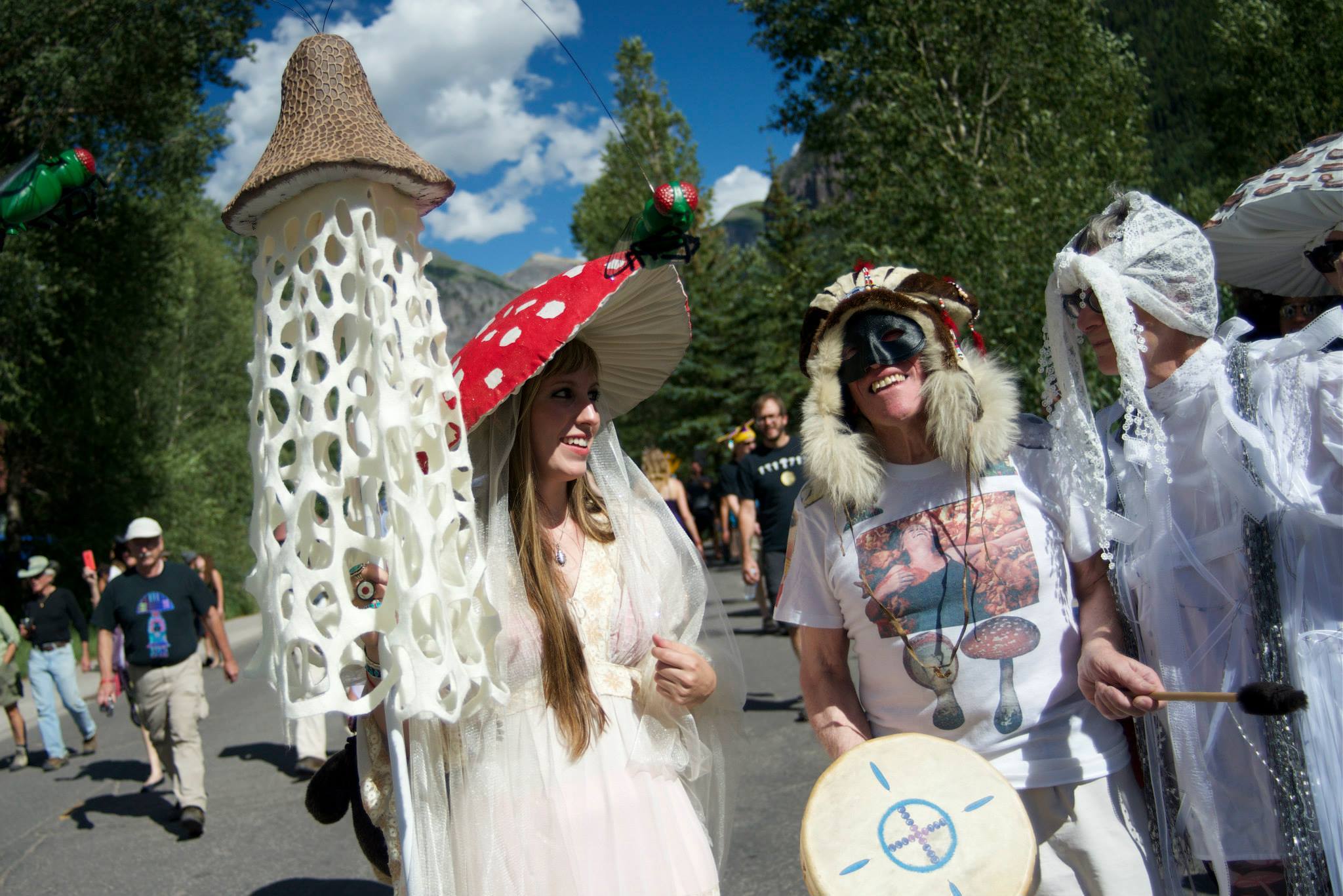